Financial services at present stands at the crossroads of innovation. When the industry was flush, into the end of the aughts, there was no need to uproot technology to improve efficiency. Then when the global financial system came to the brink of collapse, there was no money for investing in technology. Now, however, with the economy largely recovered, the focus is on the industry to improve and reform. The recent rise in interest rates may provide some cushion for financial institutions to take a slower approach, but the trend toward technological and product innovation is unstoppable. Mutual funds have been disrupted by passive investment vehicles such as ETFs. Wealth advisors have seen their business upended by the advent of robo-advisors. Proponents of distributed ledger technology are organizing to disrupt the aging apparatus behind securities trading. How has the industry gotten to such a state?

The Global Financial Crisis was a perfect storm of lapses in both capabilities and ethics, and a conflagration in which technology also played a role. The rise of asset-backed securities helped fuel tremendous growth in financial services and at least an appearance of great technological sophistication. However, in between the highly advanced systems to analyze and trade these complex securities and the so-called “liar loans” underlying an increasing number of them was a fragile daisy chain of industry players and technology that failed to collect all of the necessary information about the loans at the root of the chain and make sure that information was connected to the securities at the top of it. A lack of technology certainly was part of the problem.

Another part of the problem may also be a divide between the front and back offices. There are a lot of performance and risk-management analytics available to the fund managers and traders in the front office. There is also a lot of technology available to enable people to sell or marketing anything to anyone anywhere. But these do not always integrate well with the back office, where technology is often antiquated, even non-existent.

Particularly in larger institutions, which are the product of numerous mergers and acquisitions from industry consolidation, what lies underneath it all is a crazy quilt of technology. Systems that don’t talk to one another serve to further balkanize large organizations. An early example of this was Citi, whose merger with Travelers resulted in incompatible computer systems that, along with cultural divides, impeded the ability of the organization to cross-sell products and fully reap expected benefits of the transaction. The lack of controls over operations put the institution (and the whole financial system) at risk. More recently, both John Reed and Sandy Weill, the architects of the deal, have disavowed it, with Reed calling such big banks “inherently unstable and unworkable”.

Jamie Dimon, who was also a material player in that merger, disagrees, noting that if the US abdicates its role as a leader of global banking, then franchises elsewhere in the world (particularly China) will fill the void. What is clear, however, is that any operation of scale needs great technology to make it both work well and ensure that its operations are under control.

Silos Beyond the Farm

Large institutions often become siloed with divisions that don’t talk to one another, whether or not those divisions were initially different companies or they developed organically. A case in point is Deutsche Bank, listed as 11th largest in the world by assets at the end of 2015 by Wikipedia. Problems at the Bank surfaced against the backdrop of Basel III implementation, with the issue initially painted as excessive leverage. However, an egregious lack of control over operations burst into plain view with the $6bn “fat finger trade” in June 2015. The firm overpaid a hedge fund client when a trader erroneously inputted too many zeroes, and the trading technology did not appear to be subject to any oversight.

As reported in The Economist, the history of weak controls resulted in some 7,000 separate lawsuits and regulatory actions against the firm. In an internal memo, the firm’s CEO John Cryan stated, “Our cost base is swollen by poor and ineffective processes, antiquated and inadequate technology, too many tasks being completed using manual labor and, too frequently, unsuccessful investments in our infrastructure.”

What exactly constitutes an ‘unsuccessful’ investment in infrastructure? It helps to think about what technology is meant to achieve: productivity. So an unsuccessful investment would be something that in the end does not achieve possible or targeted effectiveness in process and improvements in productivity.

What about in-house technology, that which is developed as opposed to being bought? It may meet a need that was not met by anything generic in the market. It may appear cheaper in the short-run, since the amount of cash spent on it directly may look lower than that of a purchased system. However, if analyzed in terms of productivity and opportunity cost, ‘cheap’ often turns out to be the most expensive in the longer-run

A Quilting Bee – for the Investment Management Industry?

Our holiday-inspired tour of Americana leads us also to reflect on the great American tradition that is the “bee”: defined as communal work, a gathering to accomplish a task or hold a competition. Usages include “spelling bee” and “quilting bee”. What about a “technology bee” for the investment management industry? While there are various professional associations and convocations that bind it and set standards, the technology that joins the industry is in serious need of upgrade.

An early example of industry-specific technology is Bloomberg messaging, which was a form of communications technology on an analytics platform that allowed people with shared interests to send commentary and analysis over a dedicated channel free from the unwelcome distractions found in emails. Chat rooms and VDRs are other examples of industry-specific communication and information-sharing technology that evolved to serve specific communities; but their functionality is limited.

When it comes to communication between asset allocators and the funds they invest in, the process continues to be basically bi-lateral and inefficient, even though the content of the communication are in large part pretty standard for each organization. The redundancy means excessive cost on both sides. Moreover, the abuses addressed by Dodd-Frank, many of which were evident in earlier scandals such as the global financial crisis, have resulted in strong growth in the compliance and regulatory infrastructure. Clearly there are efficiencies to be gained by leveraging technology in this area, as well. It’s high time for it all to be joined together in a good old-fashioned Infotech Hoedown!

As it stands today, investment industry tech remains a daisy chain with bandaged links. There is one solution for compliance controls, another for quantitative analytics, yet another for qualitative research, etc. Information resides in multiple systems that do not talk to one another, while the poor analyst is left with data reconciliations, a lot of rote work copying and pasting, and manually generating output. While the deluge of new tech tools and data analytics continue to innovate on the periphery, the core of the industry is still struggling with a patchwork quilt of technology, in search of an industry-specific, integrated solution. That is precisely what a current generation, recombinant technology needs to provide with robust public APIs for easy integration into internal construct, resulting in a harmonious output. 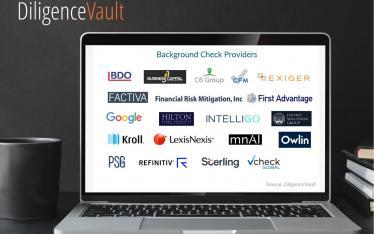 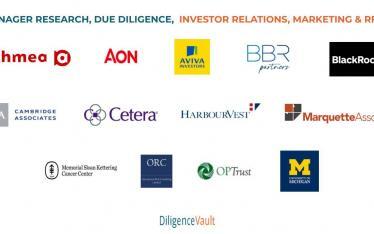 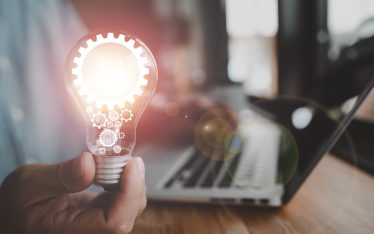